'Don’t be restricted by other people’s expectations and don’t be frightened to be unconventional. Pursue what you want to do, even if it’s not what anyone else is doing - be bold!'

What are your memories of HHS?

I attended Heathfield High from 1988 until 1993 then stayed on in sixth form until 1995. This was the time when Mr Whitby was Head and some of the other teachers I remember were Dr Wood, Mrs Batson, Dr Griffiths, Mrs Putt - sciences, Mr Griffiths - art, Mrs Bennett - history and Mrs Arnold - PE.

I loved PE. I was in all the sports teams and was considering becoming a PE teacher myself, until I went on a family holiday at the end of Year 9, having just turned 14 and became besotted with flying! I don’t know what happened, nobody in my family had any connection to aviation but by the time we came home from that holiday, my whole focus was on aeroplanes and flying.

At first I thought I could become an air stewardess but then my Grandma (who had been a police woman in Manchester in the 1950s!) said: ‘Why not become a pilot?’

Well, that was it - I was going to become a pilot!

From then on, everything revolved around aeroplanes - we used to go to Manchester Airport to watch them, I had posters of them all over my bedroom walls, all my school work was geared towards aviation wherever possible - I was obsessed. (I have no idea what my teachers must have thought about this girl in the early 1990s suddenly announcing she was going to be a pilot but I never heard anything negative from them!)

We knew nothing about what was involved in becoming a pilot, so my parents phoned around a few flying schools to find out. They invited us to go for a visit and one school at Manchester Airport said I could go to help out at the weekend if I wanted. So, at 14 years old, I started working at Manchester School of Flying at Manchester Airport at the weekends, doing anything that needed doing: from answering the phone to washing aeroplanes. I also had my first flying lesson and absolutely loved it!

I worked there every weekend through the rest of Year 10 and Year 11. The youngest that someone could legally fly solo was at age 17, so I had a flying lesson for my birthday and for Christmas each year whilst I was too young to do much more.

Then at 16 and a half, whilst in lower sixth studying sciences, I started having more regular flying lessons. Having worked a the flying school for two years by then, I got them at a really cheap rate. On the day of my 17th birthday, towards the end of lower sixth, I went into school for double physics then went to the airport and did my first solo flight! I completed my Private Pilot’s Licence four months later.

To fly for a living, I needed to get a Commercial Pilot’s Licence. The problem with becoming a commercial pilot is that it is very expensive, so I knew I needed a job to earn the money to pay for the training. I therefore got a job as cabin crew for Monarch Airlines in order to save up the money (whilst still working at the flying school on my days off) and at the age of 21, I gained my Commercial Pilot’s Licence and became a Flying Instructor - finally, after dreaming about it for 7 years, I could actually fly for a living!

I instructed at Manchester School of Flying, where I had started as a 14 year-old; little two-seater training aircraft and jumbo jets all mixed up together! I went on to fly the ‘Eye in the Sky’ traffic watch flights for the Manchester radio station Key 103 when I was 23, then got a job flying multi-engine aircraft at Caernarfon Airport in North Wales when I was 24, operating pleasure flights for holidaymakers around Snowdon and the Menai Straits. After that, I flew out of Liverpool John Lennon Airport teaching advanced flying courses on multi-engine aircraft - teaching other people to become commercial pilots.

I had always enjoyed writing and had written a large number of articles for aviation magazines, mainly about the various safety issues encountered whilst instructing. I decided I would like to write a book for flying instructors, having done the job full-time for 5 years. I did so and it was published in 2006.

The safety side of aviation is absolutely critical and I had become increasingly interested in this, preparing for and participating in Civil Aviation Authority audits in the flying school and so on. In 2014 I started working in Air Traffic Control (ATC) in this area of safety, regulation and compliance, drawing on all my years’ experience in aviation. ATC had always really interested me as a pilot, so now I work mainly in the Control Tower at Liverpool John Lennon Airport but am able to still fly in addition to this.

I have attended many careers fairs and exhibitions, trying to encourage the next generation of pilots into the industry, as many young people don’t think about it as an option.

What advice would you give to your younger self?

I think my advice for anyone currently in school would be to keep an open mind about career choices; don’t be restricted by other people’s expectations and don’t be frightened to be unconventional. Try to pursue what you want to do, even if it’s not what anyone else is doing - be bold! 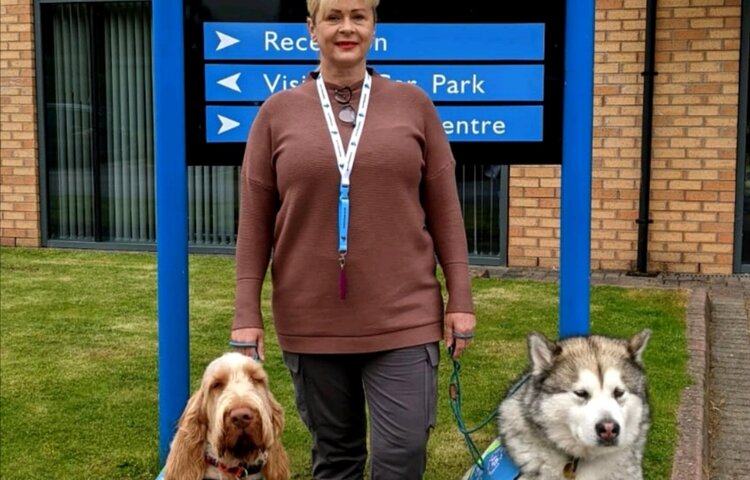